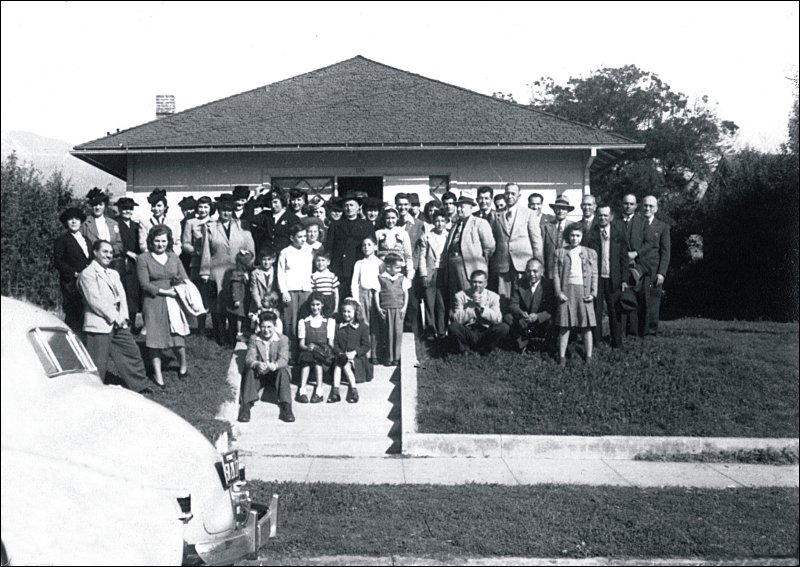 1946 group photo of Saint Barbara’s parishioners in front of their first Church building on Castillo Street.

As seen in the above photo, the proud parishioners of Saint Barbara’s posed in front of their first church building at 1124 Castillo Street in the spring of 1946. Within a year, on March 4, 1947, the Articles of Incorporation were filed and Saint Barbara Greek Orthodox Church formally became a parish. In February of 1949, construction began on a new church in front of the original little building, and on March 25, 1950 the first liturgical service took place with Father AmbrosiosMandelaris presiding. However, the story of Saint Barbara’s parish and the families who toiled to bring their dream of a church to reality began decades earlier with the arrival of Greek immigrants to Santa Barbara County at the turn of the 20th Century. By 1914, there were 34 recorded Greek men in the county, a quarter of them employed with the Southern Pacific Railroad, half a dozen were restaurant owners between the 500 and 600 blocks of State Street, while the remaining were peanut and popcorn peddlers at the railroad depot and bootblacks on lower State Street.